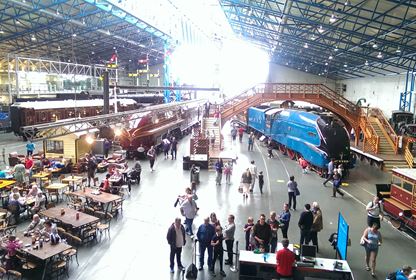 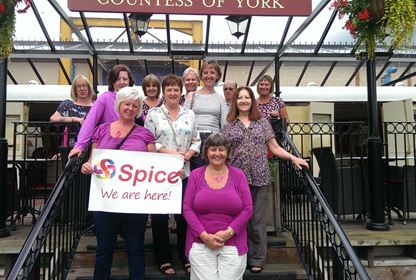 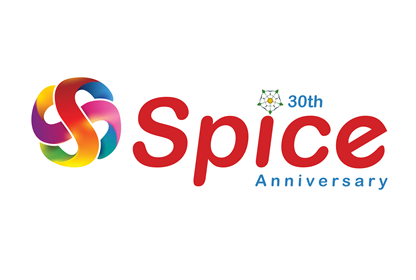 WIth over 100 locomotives and nearly 300 other items of rolling stock, the National Railway Museum is the largest museum of its type in Britain. The main indoor exhibition spaces are The Great Hall with a selection of locomotives from all ages of the railway arranged around a central turntable and Station Hall which is laid out like a station platform with more locomotives and carriages on view, including the royal trains. Among the locomotives are the world's fastest steam engine Mallard, the exquisitely streamlined Duchess of Hamilton, a replica of George Stephenson's pioneering Rocket and the only bullet train to be found outside of Japan.

There's also the Workshop where you can see preservation work happening, and the North Shed where you can discover more about life as a railway signaller, track real-time train movements via our electronic signal display, find out how a wheel drop works and travel back in time with archive railway films. The collections store has further artefacts from railway furniture to crockery and from concept models to historic posters.

Venture outside and steam trains are normally running in the South Yard.

Overall there are over a million railway-related objects in their collection and it is a must-see for any railway enthusiast!

Entry is free but they appreciate a donation.

This event is an optional extra on the York Celebration Weekend, but open to anyone.

There are cafes within the museum.

There's lots to see, even if you only have a passing interest in the railways. If you are really interested you can spend all day there, and the museum doesn't close until 6pm.

The museum has wheelchair access although there are steps to climb to get close to the cabs of some of the exhibits.

Meet at the reception of the Park Inn by Radisson at 11:15am and we will walk over to the museum in a group. If you are making your own way to the museum, please meet us at the Main Entrance on Cinder Road (where the road train stops) at 11:30am.

If you are staying at the Park Inn then we'll walk over as a group - meet in hotel reception at 11:15am.

If you are making your own way, the easiest way to get there is by rail and the museum is just alongside York Station. It is in square AA4 of the York City Map.

If driving, you can use the museum's visitor car park on Leeman Road priced at £10. However, please note that if you are also joining us for our afternoon tea this afternoon, your car parking will be free, so please do not pay!

Please note that the main entrance where we meet is at the same side of the road as the car park but is further away from it than the Leeman Road entrance.

Memories of Hathersage
Thank you to Alan for the photo above taken last Saturday on his walk to the summit of Stanage Edge on our Hathersage Hostel Weekend. We've had amazing feedback from the weekend. Special thanks to Karen for hosting and to all of you that contributed to making it such a success. If you love our hostel weekends, you'll be glad to know that we still have places available on the Kettlewell Scarecrow Weekend in August. We're hoping to arrange some more weekends too, so keep looking!
Continue Reading

Twenty free in '23
With the cost of practically everything increasing recently, we know that some people are struggling to get out as much as they'd like. We're grateful to you for staying with us, so in 2022 we introduced the Spice Rewards scheme giving each of our members £100 worth of event vouchers spread across each year of membership, allowing you to attend events at reduced cost, or even free. This year we will additionally offer at least twenty completely free events across Yorkshire, in addition to our regular pub meets and Spice Social nights, to give our loyal members even more opportunities to get out with us, without affecting your wallet. In 2023, Spice membership is even better value than ever!
Continue Reading

Happy New Year 2023
This time last year we were just getting used to getting out and about and socialising again, so we were keen to make 2022 a year to remember, packed with Spice fun!
Continue Reading
More news
Spice on YouTube