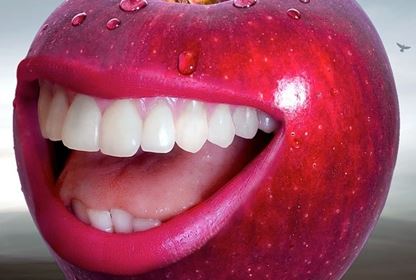 Your host for the evening Janet is partial herself to doing a bit of Stand Up Comedy and may even do some this evening, she says being a member of Spice has given her plenty of material to work with.

The Comedy Balloon is Manchester’s official underground comedy club. It is also the oldest FREE comedy venue in this great city of ours and is dedicated to developing new comedy talent. The friendly atmosphere of the Balloon encourages new acts to try their hand, or more experienced acts to work out new material. There are typically 11 acts in a night, 6 doing ten minute spots, plus 5×5 minute spots, each introduced by a different weekly compere.

Janet Taylor is your host for the night, Janet's number should you need to contact her on the night is contained within your booking confirmation

This is an open Mic comedy night, please don't go if you are be easily offended

Meet Upstairs in the Ape & Apple, Janet will there from 8pm and the comedy starts at 8.30pm Easter Breaks are nearly upon us
If you haven't yet organised anything for the Easter weekend you aren't too late!
Continue Reading Chester Social Weekend at the Bunkroom
We were due to make our first visit to this highly rated private hostel in 2020 but of course our plans were curtailed as were so many others.
This event has now gone live for June 2022 and is 60% full already.
If Chester was on your list of places to explore further and you fancy joining a great group of fun, sociable people to experience this great city then why not join us for this fabulous weekend away.
The member early bird price gives great value at £115 for 2 nights accommodation, 2 breakfasts and a Friday night buffet plus the services of a friendly Spice Host.
We hope you can join us there - click here to find out more about the Chester Social Weekend at The Bunkroom
Continue Reading Conway Weekend set to kickstart our Christmas Programme
We are already looking forward to visiting the fabulous Conwy/Conway in North Wales on our forthcoming Spice Exclusive Hostel Weekend where we plan to kickstart out Christmas programme of events.
We have taken over the YHA and have lots of plans including a bit of festive crafting, carol singing, blue badge guided tours, secret Santa and of course dancing & eating with maybe a little bit of festive cheer too!
With 70 people already booked this great value weekend is bound to be a super event with your Spice friends.
If you are new to Spice or want to know more about getting out and meeting new, like-minded people from across the U.K. then please don't hesitate to give your local Spice office a call.
You'll have the opportunity to experience for yourself:
• Meeting like-minded people
• Making new friends
• Learning new skills
• And taking part in fun and social events.
You too can look back fondly on this moment as being one of the best things you ever did in your life.
We hope you can join us on an event soon where you can meet like minded people and share amazing new experiences!
See you there!
Continue Reading
More news
Spice on YouTube