Visit to The Favourite Costume Exhibition at Hatfield House : London

Events/Holidays >> Visit to The Favourite Costume Exhibition at Hatfield House 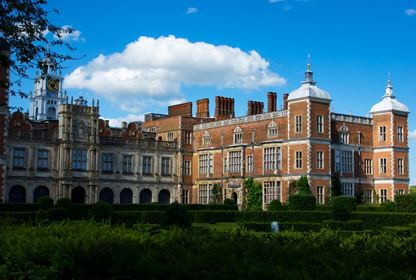 For a limited time only, Hatfield House are displaying some of the most iconic costumes from the BAFTA® award winning film up close and in the very rooms in which The Favourite was filmed. The costumes were created by three-time Oscar-winning costume designer Sandy Powell. You can see the costumes worn by Olivia Colman, Emma Stone, Rachel Weisz and other cast members, alongside wigs from the film created by award winning Nadia Stacey.

The lavish costumes will be on display in different rooms throughout the house and so you can take in the splendour of the house as well. Most of the rooms will seem familiar to you (if you have watched the film) as they were used in multiple scenes throughout the film. Plus in the Long Gallery, you will even get a chance to view the original throne in which Queen Anne sat on her coronation in 1702.

We will meet/gather at The Stable Yard Coffee Shop to catch up and get a drink before proceeding to the house and exhibition.

Visit to The Favourite Costume Exhibition at Hatfield House

Visit to The Favourite Costume Exhibition at Hatfield House Pricing

Any refreshments purchased on the day