Theatre - An Evening of Comedy at Royal Albert Hall : London

Events/Holidays >> Theatre - An Evening of Comedy at Royal Albert Hall 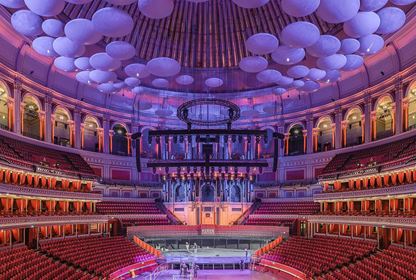 Kevin Bridges will host an exciting evening of comedy, continuing the long tradition of the crème de la crème of British comedy, joining forces for a unique and unforgettable night of laughs.

The Royal Albert Hall is one of the world's most famous stages. Its breath-taking auditorium hosts over 380 shows a year by the world's greatest artists across all genres. The magical atmosphere combined with inspired artists creates legendary events.

Joining Kevin Bridges on the night will be:

John Bishop - is an English comedian, presenter and actor, who is also known for his charity work. Within three years of his first ever comedy gig, he was playing to sold out arena audiences across the country and released the fastest selling stand-up DVD in UK history.

Kerry Godliman - is an English comedian and actress who played Hannah in Derek and Nicky Rawlings in Bad Move.

Romesh Ranganathan - is a British stand-up comedian and actor known for his deadpan delivery. He was nominated for Best Newcomer at the 2013 Edinburgh Comedy Awards. He has recently become a regular panellist on A League of Their Own.

Tommy Tiernan - is an Irish comedian, actor, writer and presenter with many awards to his name including Best Stand-Up Award at the British Comedy Awards. He appeared in the last episode of the sitcom Father Ted as suicidal priest Father Kevin.

and more special guests to be announced!

We will meet at the Royal Albert Hall for 6.30pm. There we can get a drink and head to our seats before the performance starts promptly at 7pm.

Please note we have limited tickets available so we recommend booking fast for this event.

We can only issue a part refund if we are able to resell your ticket.

Theatre - An Evening of Comedy at Royal Albert Hall

Theatre - An Evening of Comedy at Royal Albert Hall Pricing

Drinks/snacks on the night

We have circle seats in row R