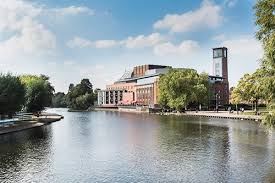 This pleasant 9 mile walk in Shakespeare’s back yard takes in the villages of Clifford Chambers and Preston on Stour.

It also makes good use of the Greenway and well surfaced tracks and paths in the area to the south of Stratford on Avon.

Clear skies will allow views as far as the Malverns, Bredon Hill, and the escarpment above Broadway.

The going is generally very good with only a few muddy areas after rain.

We will stop for lunch in Preston on Stour, which could quite possibly be the prettiest village in Warwickshire, though Clifford Chambers gives it a good run for its money.

Address: Starts at the Rosebird Centre

Parking is £2, payment by card only