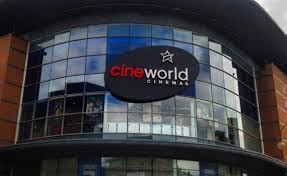 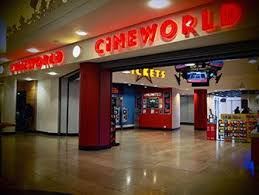 Join us for what we plan to be a regular cinema night in Solihull.

How it works: Book on the event in advance so we know how many are interested.

Once the cinema has released the films (usually a few days in advance) we will advertise what the film is.

Pay for the film on the night, this way you can use any discount offers you have access to.

There is an option to have a drink after the film.

Please register so we can send you details of the film.

Film Synopsis:As a collection of history's worst tyrants and criminal masterminds gather to plot a war to wipe out millions, one man must race against time to stop them. Discover the origins of the very first independent intelligence agency in The King’s Man. The King's Man is directed by Matthew Vaughn and stars Ralph Fiennes, Gemma Arterton, Rhys Ifans, Matthew Goode, Tom Hollander, Harris Dickinson, Daniel Brühl, with Djimon Hounsou, and Charles Dance. Matthew Vaughn, David Reid, and Adam Bohling are the producers, and Mark Millar, Dave Gibbons, Stephen Marks, Claudia Vaughn, and Ralph Fiennes serve as executive producers. The King‘s Man is based on the comic book “The Secret Service” by Mark Millar and Dave Gibbons, and the story is by Matthew Vaughn and the screenplay is by Matthew Vaughn & Karl Gajdusek.

By train Turn right out of the train station and head towards Homer Road. Head straight down Homer Road, and the Touchwood Shopping Centre is on your left.

By bus Bus no 6 every 6 minutes stops near the Cinema.

By car From the M42 turn off at Junction labelled Solihull A41. Off the roundabout turn on to the Solihull By Pass. Take the 1st exit off the by pass labelled 'hospital & town centre'. At the round a bout, take the 2nd exit, until you come to a set of traffic lights. Stay in the left hand lane, and take the 2nd left. Follow the road until you get to the next roundabout and take the 3rd exit. The Touchwood Centre is then on your right. Spice West Midlands Bulletin Friday 4th February 2022
Steve and Arlene give us a glimpse into their magical Lapland Experience in our latest News Bulletin.  We also have a number of new animal events to share with you which can be seen by clicking on this link to the Bulletin.
Continue Reading New tiers: Walks are back!
As you may be aware, the rules from Wednesday 2nd December return to the 3 tier system.
Continue Reading
More news
Spice on YouTube