Portraits of Elizabeth 'A Life in Pictures' at Tutbury Castle with Supper : West Midlands 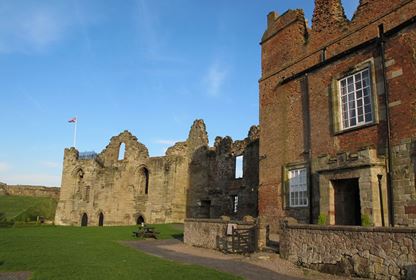 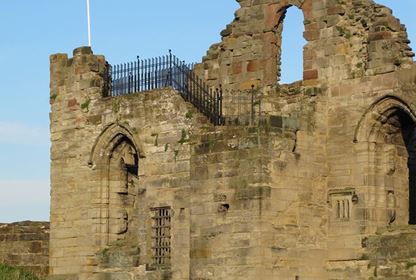 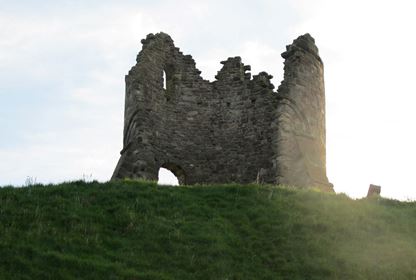 Portraits of Elizabeth – A Life in Pictures

Elizabeth 1st is one of the most remarkable women in British history. Much of her life can be plotted in portraiture of the time (approved by her or not!).

Other individuals who influenced the period through power will also be explored in pictures as they are part of Her Majesty’s story too.

Whilst many portraits of Elizabeth 1st were made without ever having seen her, depending instead on copying court painters and oral descriptions, there are a number which show the real girl, woman and queen. These portraits say more than they appear to say and the hidden treasures and hints about her life are there to explore in this fascinating lecture by Lesley Smith, curator of Tutbury Castle who holds an M.Phil in Tudor history.

The talk will include illustrated slides and Lesley will also be showing artefacts.

A wonderful evening at one of the country’s most historic (and haunted!) castles. The castle has a remarkable résumé having been established in 1066 by William the Conqueror, and visited by Richard the Lionheart, Margaret D'Anjou (who lived there), The Black Prince, Charles 1st (during the Civil War, when the Castle held siege for 6 weeks), Henry 4th (who was declared King there), Edward 1st, Mary Queen of Scots (as prisoner 3 times), Prince Rupert and Eleanor of Aquitaine.

This event will take place in the Great Hall, unless numbers exceed 36, then it will be in the marquee in the grounds of the Castle.

The talk will take place after the buffet.

The evening will start will be a buffet of Home Carved Ham, Quiches, Coleslaw and Mixed Salads. The Castle is also licensed to sell alcohol.

It was a great evening and my guests enjoyed it too. Food was good, Spice members friendly and Lesley is an excellent speaker.

Absolutely loved this event. Great value for money, beautiful surroundings and the historian Leslie Smith was hysterically funny as well as educational. Please put another one of her brilliant talks on!

Coordinator was welcoming, friendly and helpful. We asked her a number of questions and she knew the answers to most of them. The ones that stumped her she went off and found out about for us. She didn't introduce us to one another but sat at our table and chatted.

Great event, informative, engaging and funny speaker. Her costume was amazing and she was happy to pose for photos! She had us completely hooked and wanting more! I wasn't ready to leave, could have listened for another 2 hours!

Food was adequate, a little limited but I'm guessing that was because we were in a marquee away from any kitchen facilities.

I thoroughly recommend this event and even think there is potential to extend it! Yes value for money, yes event details were a good description of the evening.

Hope to meet the volunteer coordinator again soon, she did a fab job!

Thoroughly enjoyed the event. Sharon made us all very welcome. The buffet and service good and Lesley Smith was both informative and hilariously funny. I'd like to see more of her incarnations as Mary Queen of Scots & Elizabeth I if Spice were to offer them.

This was an amazing night and something I would highly recommend to anyone that enjoys a giggle, would love see to anything by Lesley again she was open to questions and really gets the audience to interact with her.The food was also great with plenty of parking for all

Lesley Smith, Curator of Tutbury Castle is a world expert in the sex habits of the Tudors. She will give her talk in her full costume of Mary Queen of Scots, and come equipped (no pun intended) with leather condoms, lemons (!), and other paraphernalia that is sure to make your eyes water (girls & boys!). She will entertain us with tales of the 'brothel door', answer even the most lurid questions you are brave enough to fire at her and give us many hot sex tips from the days of Edmund Blackadder!