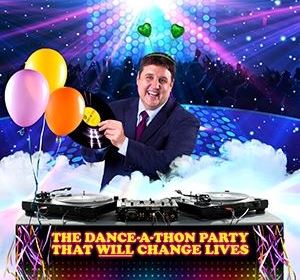 Peter Kay is back and raring to go with a new date for his Dance for Life show next spring at Ally Pally! All profits in aid of Cancer Research.

Alexandra Palace was built to be North London's answer to Crystal Palace, and had the great advantage of not being made of, well, glass. It was gutted in a fire only 16 days after opening, but the outside walls still stood and it was soon reconstructed; when the Crystal Palace burned down in 1936, there was nothing left. The Ally Pally was the original home of BBC Television, and still hosts a major radio/TV mast. Since the mid-50s, it's been an entertainment venue (with occasional periods of closure) and has hosted gigs by numerous bands, as well as sporting competitions and other events.

The nearest Tube is Wood Green (PIccadilly) and the nearest mainline rail is Alexandra Palace. The Palace is served by the W3 bus route.

Entry for Peter Kay's Dance for Life at Alexandra Palace, a Spice host and booking fees

We have our own train station fittingly called Alexandra Palace Station. It is located at the Wood Green entrance to the Park. A regular train service with Great Northern runs direct from Moorgate, through Highbury & Islington or from Kings Cross, changing at Finsbury Park.

Wood Green is the nearest underground station on the Piccadilly Line. (journey time is 20 minutes from Piccadilly Circus). Exit Wood Green Station and go to bus stop A to pick up the W3 bus up the hill to Alexandra Palace