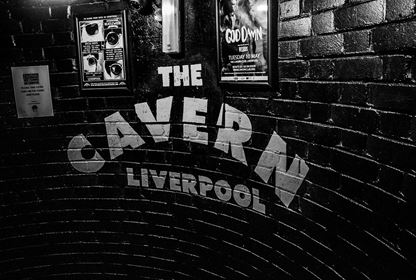 Mathew Street is visited by thousands of tourists a year. Its attractions include a statue of John Lennon, a Beatles store and several pubs formerly frequented by The Beatles. A wall in Mathew Street is adorned by a sculpture by Arthur Dooley entitled "Four Lads Who Shook the World".

But most famously it is home to The Cavern Club. The original Cavern Club opened as a jazz club in 1957 but by the early sixties it regularly hosted The Beatles and many other Merseybeat bands.

This afternoon there will be live music from one of the Cavern Clubs resident bands.

This event is an optional extra on the Easter Social Weekend in Liverpool.

Admission to the club and live music from one of the resident bands.

Meet at the Fab4 Cafe at The Beatles Story at 2pm or meet us outside The Cavern Club at 2:15pm.