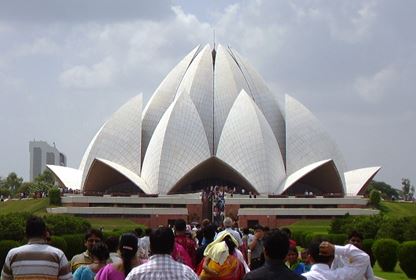 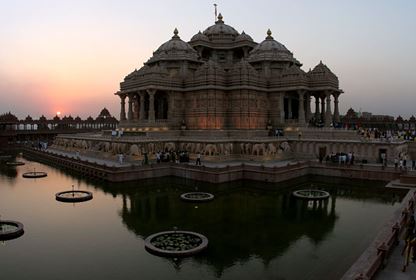 A great introduction to some of the highlights of India. This trip combines the three cities of the 'Golden Triangle' (so named because of the extraordinary historical and cultural sights here) with Ranthambore National Park. You’ll start in Delhi where you'll explore the city's bustling bazaars and famous monuments from the moghul empire and the days of the British Raj. Then head to Agra where the magnificent Taj Mahal stands in all its glory. Nothing will prepare you for its sheer size and splendour, particularly at sunrise.

This trip goes beyond just the cities of India though; you’ll enjoy a taste of nature in Ranthambore National Park, home to tiger, leopard, crocodile and much birdlife. Early mornings and early evenings are the best chances for wildlife viewing so we include game drives at these times. Finally you'll drive to the wonderful old desert town of Jaipur, known as ‘the Pink City’ due its pink-hued buildings.

Often described as a continent in itself, India is a place that should be on everyone's lists. From the majestic peaks of the Himalayas to the beautiful backwaters of Kerala and everything in-between, its huge surface area encompasses a range of different cultures, landscapes, people, animals, cuisine and history. It's a feast for the senses, with colours, smells and noises coming at you from all directions as you walk down the street and discover what makes India so unique. Go with an open mind, a willingness to discover and learn and a sense of humour.

Accommodation will be reserved for you on a twin share basis in hotels unless you have already requested a single room at a supplementary cost. You will stay at a mixture of 3-4* hotels, all well located and with excellent facilities. This includes a renowned heritage ‘haveli’ hotel in Jaipur, a hotel with a view of the Taj Mahal in Agra and a resort with gardens and a swimming pool in Ranthambore National Park.

Meals not mentioned in the itinerary. India E-visa. Gratuities. Tip kitty £60 to be collected with the final balance. Insurance available from www.spiceuk.com. Single supp £370. Some drinks & some meals, optional excursions and personal extras.

This trip includes 7 breakfasts, 1 lunch and 2 dinners. Indian food is renowned all over the world for being excellent, and your guide will advise you on the best places to eat. You will find a huge range of restaurants and street stalls with traditional food, as well as international options. There are several things you can do to avoid getting 'Delhi belly', such as washing your hands before meals, brushing teeth with bottled water, choosing piping-hot food in busy places full of locals, avoiding salad and unpeeled fruit. You should ask your doctor for more advice on this.

You will be met at the airport and transferred to your accommodation in the capital city of New Delhi. In the afternoon your guide will take you out for an orientation walk close to the hotel and to one of the local markets.

You will be escorted on a full day guided tour of New and Old Delhi. You’ll visit Delhi’s Jama Mosque, the Chandni Chowk bazaar (market) via a rickshaw ride and later visit the Rajghat where the father of the Indian Nation, Mahatma Gandhi, was cremated. You will also have a chance to see the Delhi Red Fort. After lunch you will return to New Delhi and visit the iconic India Gate and the Presidential Palace. Later in the day you will visit Humayun’s Tomb and also the Minaret called Qutub Minar.

After an early breakfast, you’ll be driven to Agra. On arrival in Agra you will check in to the hotel for some time to relax after the long journey. After lunch you’ll take a guided tour of Agra’s Red Fort and then be driven across the river Yamuna to the Mehtan Bagh (a garden overlooking Taj Mahal) where you can enjoy the classic views of a sunset over the Taj Mahal.

Today you’ll have an early wake up to ensure you arrive at the Taj Mahal for sunrise! This is one the best times to see the Taj and its changing colours, but it’s also a good time of day to get close up and see its ornate inlaid marble carvings. After visiting you’ll be able to return to the hotel to freshen up, pack your bags and have breakfast. En-route to Bharatpur Railway station you’ll visit the incredible deserted city of Fatehpur Sikri. After lunch you’ll be transferred to the railway station for your train to Ranthambore. On arrival you will be driven to your hotel (about 20 minutes drive). Tea and snacks and a small cultural programme will await you at the Ranthambhore hotel before dinner.

Today you will take two Canter game drives which are early in the morning and late in the afternoon. Ranthambore National park is spread over 400 square kilometres. and is surely one of the most popular national parks when it comes to spotting tiger and also for other wildlife and birds such as sloth bear, leopard, jackals, hyena, crocodile and various species of birds. The park is divided into various zones and there are restrictions in place by the forestry to protect nature by limiting the number of vehicles that go into a particular zone at any one time. It is solely controlled by the forestry authorities and they allot zones to every vehicle randomly.

After breakfast you’ll be driven to Jaipur (approx 3-4 hours). On arrival to the ‘Pink City’ - considered to be one of the best planned cities of India (old Jaipur city) - you’ll be transferred to your hotel. Jaipur was planned in the 17th century by a very talented Maharaja who planned the city based on nine celestials. As well as the City Palace you’ll visit the Astronomical Observatory which is fascinating and by far the best observatory built in its time. Evening is at leisure and dinner can be taken in an open-air restaurant.

After an early breakfast you’ll head to Amber Fort which is just outside Jaipur (about 45 minutes drive). This is the best time to see Amber Fort, it’s less crowded and much better for the atmosphere and to take photographs. On the way you will also make a quick photo stop at the extraordinary Palace of Winds which is façade without a foundation. The afternoon is left free, either to watch a Bollywood movie or you can also be taken to the nearby Monkey Temple which is just half an hour drive from Amber Fort.

After a leisurely breakfast you’ll be driven back to Delhi and taken straight to your hotel near the Delhi airport where you can sleep well before you flight next morning.

You will be picked up from your hotel and taken to the airport for your flight.

When You Get There

India is large with diverse weather patterns. In Agra and Delhi, from October to March it is mostly dry and temperatures are moderate. For more information we recommend visiting www.worldweather.org.

Make sure you visit your local health centre at least two months before departure, to be advised on any vaccinations needed. Your doctor will also have access to the most up to date information on vaccinations and medical precautions for the country you are about to visit. Recommended vaccinations are: Tetanus, Typhoid and Hepatitis A. Anti-malaria medicine is also recommended. We recommend you only drink bottled water; you should not drink the tap water in India and should avoid any ice or unwashed fruit/salad. We recommend bringing a personal first-aid kit containing the following: high factor sun cream, lip salve, moisturiser, plasters, antiseptic cream, insect repellent, cold/flu tablets, throat lozenges, electrolyte powder, aspirin or equivalent, muscle rub, nail scissors, 100mm elastic bandage, knee/ankle supports if needed, and wet wipes. For more information we recommend visiting fitfortravel.scot.nhs.uk

Please allow plenty of time to renew your passport if it has less than 6 months validity. You’ll need to get a visa before travelling to India. For more information we recommend visiting https://www.gov.uk/foreign-travel-advice/india/entry-requirements

The currency in India is the Indian Rupee. Please refer to www.xe.com/ for up to date rates. There are ATM machines in Delhi and most other large towns.​

We recommend you check if you require an adaptor for your electrical items at: