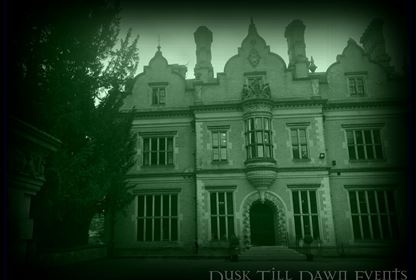 This stunning venue is tucked away along a regal driveway.

It has an impressive provenance and has taken the Haunted Heritage team several years of investigating and research to get to the bottom of some of the activity and ancestors who once worked and lived here. It’s a big venue across 3 floors.

Originally built as a deer park in the 13th century the house would have initially been built around an enclosed courtyard. The house has been demolished and rebuilt a total of 4 times however the courtyard area has remained unchanged.

The Herrick family owned this property as a family residence for 350 years but in 1939 the building was taken over by the Ministry of Defence and worked as a sub listening station to Bletchley Park.

There have been numerous sightings and reported paranormal activity throughout the hall and estate including:

A female called Martha saying “Hello” in the cellars, a male presence in the attic, whistles being heard when no one is there. Also, footsteps have been heard along the corridors, doors opening on their own and unexplainable loud noises. The cellars are very active with some poltergeist activity. Military personnel are also very active in key areas.

Refreshments will be served at intervals throughout the evening.

Attire: This is an indoor event. Warm clothes and flat shoes/trainers are recommended.

This will be a Spice exclusive group although there will be other groups there too. We will have our own guide for the evening.

Please Note: This venue is not suitable for people with mobility issues or walking difficulties