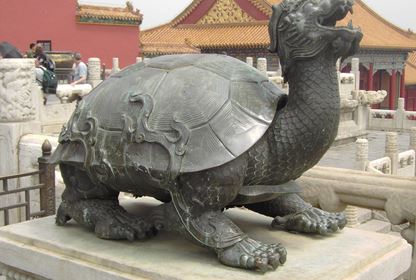 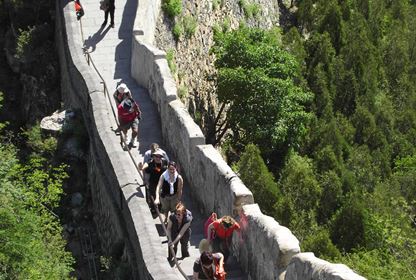 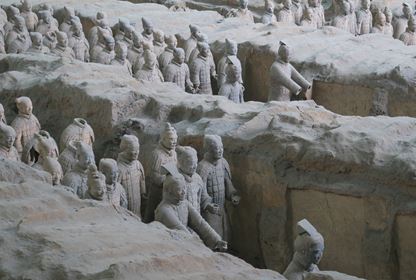 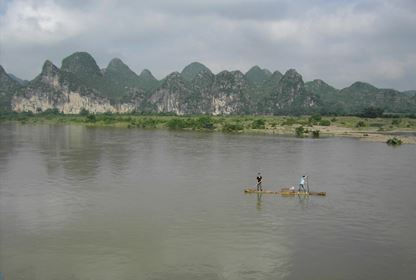 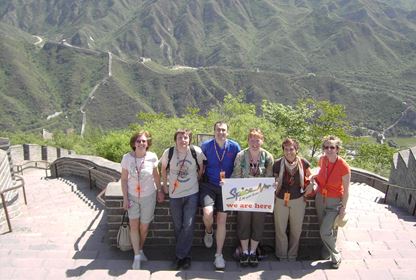 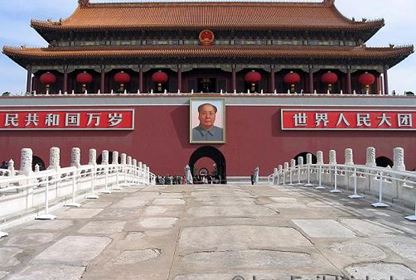 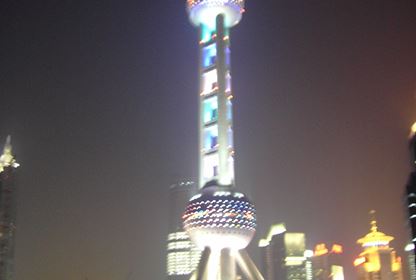 China is an ancient land shrouded in mystery where even the most experienced of travellers will find a myriad of spectacles and experiences to delight them. With over 1.3 billion people China is the most populated country in the world and has only quite recently begun to open its frontiers to Western travellers. It is forever linked to its ancient civilization, friendly people and many of the world’s most revered treasures, such as The Great Wall, Terracotta Warriors & Horses and the Forbidden City but today you can also find spectacular architecture and towering skylines in Shanghai and Beijing (site of the 2008 Summer Olympics).

This holiday is based around the three cities of Shanghai, Xi’an and Beijing plus a cruise on the magnificent Yangtze River –

Beijing - known as Peking by the Western world before 1949, Beijing is the capital of the People's Republic of China. Here you will visit the vast expanse of Tian’anmen Square, the largest public square in the world; explore the Forbidden City; see the Summer Palace, a former royal resort; and wonder at the magnificent Temple of Heaven, the largest temple complex in the country. You will also enjoy ample time to traverse the ancient steps of the Great Wall.

Xi’an - the capital of Shaanxi Province it is a world-renowned ancient capital. During your time in Xi’an you will visit the ancient city walls and the Greater Wild Goose Pagoda, which was built in 652AD along with of course the incredible sight of the famous Terracotta Warriors ordered by the first emperor of the Qin Dynasty to protect him in the after life.

Shanghai - is the largest city in China and one of the most historically significant cities. It is a shopping paradise with Nanjing Road, known as ‘China's No.1 Street’, the reconstructed Huaihai Road and many more are all packed with rows of shops plus it is also a paradise for gourmets with over a thousand restaurants. Whilst here you will enjoy a city tour to help get your bearings and enjoy some free time to take advantage of the fantastic shopping.

*Chinese visa invitation letter is available for all European citizens. We may be able to obtain a visa invitation for other nationalities but please check with us before booking!

Hotels and crusie are provided as an example of the level of accommodation to expect and may be subject to change.

Depart London Heathrow on your direct flight to Beijing. Upon arrival, meet your guide and transfer to the hotel. Enjoy the rest of the day to explore China's historic and vibrant capital city on your own.

Your first peek into Beijing begins with Tian’anmen Square, the world’s largest and renowned public square where many historical events once took place. Then walk into the Forbidden City (UNESCO), where the 24 emperors of the Ming and the Qing Dynasties ruled for nearly 500 years (1420-1911). Experience the architectural splendor of the palaces, ceremonial courtyards and private quarters.

After the lunch, visit the Temple of Heaven (UNESCO), where ancient Chinese emperors would make sacrifices to Heaven and pray for good harvests.

Good to know: Usually the guide service for a full day tour is about from 9:00 to 17:00, and the evening time is on your own. If needed, your guide is happy to offer some tips or help you buy tickets for evening entertainment.

Today setting out to the China's most renowned monument - Great Wall(UNESCO) which is the most spectacular structures ever built by humans and as the only one visible from space.

Take a stop at a Teahouse en route.

After lunch, visit another renowned imperial site, the Summer Palace (UNESCO), the largest imperial garden in the world.

Ideas for leisure time: Enjoy the Peking Duck dinner at time-honored restaurant - Quanjude or Bianyifang. The duck is characteristic with its crispy skin, tender meat and the fragrance from the fruit-wood.

Today Beijing Zoo will offer you an easy tour featuring an array of animals. The zoo is one of China's oldest zoos and boasts the giant panda, the golden monkey, the white-lipped deer, the red-crowned crane, and many other rare animals from other parts of the world. And don't forget to check out the Panda House for China's national treasures.

Take a bullet train to Xi’an, the ancient capital of China for 11 dynasties, was also the eastern end of the Silk Road.

Today's excursion will take you to the Museum of Terracotta Warriors and Horses (UNESCO), one of the greatest archaeological discoveries in the world. More than 6000 life-sized terra cotta warriors, archers, infantrymen, horses and bronze chariots silently guarded the tomb of China's First Emperor for over 2,200 years.

A short stop at the ceramics & pottery workshop en route.

Then head to the Big Wild Goose Pagoda, a Tang Dynasty landmark. This seven-story pagoda was initially constructed in 652 AD, and a larger team of scholars was organized here for translation of the Buddhist sutras brought back from India and it became a holy place for pilgrimages.

Your day will start with a tour of Ancient City Wall, which is one of the oldest walls in China and still compasses the center of Xi'an.

Transfer to take a flight to Guilin, which is said to be "the best scenery under heaven" for its unique karst limestone along the Li River.

In the morning, your guide will pick you up from the hotel. Then you will embark on a memorable Li River Cruise. Through this real journey of China's best known natural scenery, you can appreciate unique karst landscapes as well as verdant hills and lovely waters.

Then arrive at Yangshuo and enjoy the rest of the day at leisure. You could test your bargaining skills and have fun or rent a bicycle to explore this town with its fascinating landscapes.

Stroll through the famous West Street (Xi Jie), which features a mix of traditional folk and international elements. Various craftworks shops, painting and calligraphy stores, and cafes can be found here.

In the late afternoon, visit a peal factory and take a car ride back to Guilin.

Today's excursion will take you the Fubo Hill, a perfect spot to explore the limestone karst landscape in Guilin.

Afterwards transfer to take a flight to Chongqing.

Pay a visit to Ciqikou Ancient Town, a busy port famous for porcelain production during the Ming and Qing Dynasties. It is a place full of religious temples, traditional buildings, ancient alleys with local teahouses and restaurants.

On arrival, transfer and embark your 3-night downstream cruise on Yangtze River, the third longest in the world and the largest in China. The Yangtze River originates on the Tibetan Plateau and traverses a distance of 3900 miles before flowing into the East China Sea, near Shanghai. It has been the lifeline in China for millennia.

Today, start sailing for a distance of 430 miles in all the great gorges. In the morning, you could enjoy the spectacular view from the deck or you could take an optional tour to Fengdu - China's "City of Ghosts" (CNY 280 per person). In legend, Fengdu was a ghost city and the entrance of heaven or hell, and the imaged ghost statures here reveal ancient Chinese religion and belief.

After lunch, take a shore excursion to the Shibaozhai. The Shibaozhai is a 12-storey wooden pavilion built in the Ming Dynasty, which looks like a giant bonsai on the Yangtze River. A cofferdam was built around the Shibaozhai to protect it from the rising water level caused by the construction of the Three Gorges Dam.

After returning to the cruise, you will be invited to the Captain's Welcome Party.

This morning sail into Qutang Gorge, the shortest, narrowest and probably the most fascinating one. Later sail through Wu Gorge. It is well-known for the legend of 12 fairy maidens became the 12 peaks of Wu Gorge.

Then you could take an optional tour to White Emperor Town, which is famous for historical temples and legends (CNY 280 per person).

After lunch change to the "peapod" boat for sailing deep into the Shennong Stream for a 3 hours exploration. The contrasting heights of these gorges and the narrowness of the river make this area one of the most dramatic scenes in the world. Notice the ruins of the ancient plank road along the cliff face as well as the coffins suspended from the cliffs above.

In the morning disembark at Yichang.

View the Three Gorges Dam Site from a distance and transfer for a flight to Shanghai.

Enjoy a stunning view of Shanghai from the 88th floor of the Jinmao Tower. At 1,380 feet, it is the world's third tallest building, as well as home to the world's tallest hotel, the Grand Hyatt Shanghai.

A full day tour begins with the Yu Garden (UNESCO). Owing to its ingenious design in Ming and Qing dynasties, it becomes a real museum of Chinese ancient architecture. Walk around the Old Downtown with its maze of walkways, reflecting ponds, pavilions and stone bridges.

Then head to the Jade Buddha Temple that is famous for two precious jade Buddhist statues.

Continue to visit the Shanghai Museum, with its 120,000 piece collection of Chinese ancient treasures.

Then head to Xintiandi Street, a boutique area highlights a harmonious merger of classic and modern Shanghai.

Today drive to Suzhou and you begins with the Humble Administrator's Garden (UNESCO), the largest of all classical gardens in Suzhou.

Visit the No. 1 Silk Factory to learn the silk production development in China.

After lunch, continue with a tour of Tongli Ancient Town, a peaceful ancient town located a short drive from Suzhou. The town is characterized by exquisitely designed bridges and well preserved ancient architecture. Traditional buildings well preserved from the Ming and Qing dynasties standing by the rivers.

The day will then conclude with a return to Shanghai.

Today, transfer to the airport for your direct flight back to the UK.

Currency – Yuan. Also take Dollar Traveller Cheques, these can be exchanged at hotels.

Weather – warm, but does rain. Take hats, macs, umbrellas (good for shade as well as rain).

You should have at least 6 months remaining on your passport from the start date of your holiday.