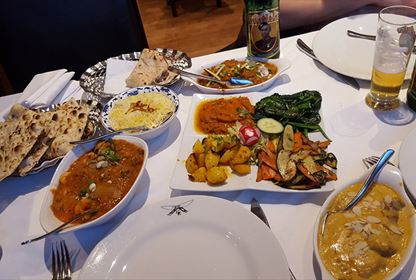 Gurkhas are world famous soldiers, highly prized in the British Army and known for their bravery and courage.

They come from the mountainous kingdom of Nepal, which nestle in the Himalayas, which is also home to earth's highest mountain Mount Everest, bordering Tibet in the north and India on its southern foothills.

Nepal has many geographical regions and this is reflected in the preparation of food, which varies from region to region.

Nepal is also known as birth place of Buddha.

Please find below their menu:

Dinner at The Gurkha Kitchen - Reigate

A reserved table for 8, booking fees and a Spice host

Anything bought on the day