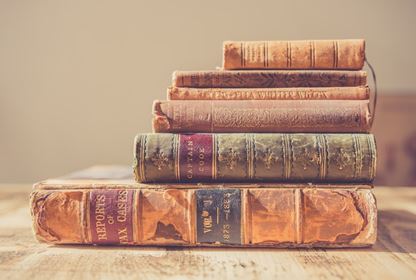 Book Club is on the second Thursday of the month, meeting at 5:30pm for tea and the book discussions start at 6:30pm.

The Dinner by Herman Koch

A summer's evening in Amsterdam and two couples meet at a fashionable restaurant. Between mouthfuls of food and over the delicate scraping of cutlery, the conversation remains a gentle hum of politeness - the banality of work, the triviality of holidays. But the empty words hide a terrible conflict and, with every forced smile and every new course, the knives are being sharpened...

Each couple has a fifteen-year-old son. Together, the boys have committed a horrifying act, caught on camera, and their grainy images have been beamed into living rooms across the nation; despite a police manhunt, the boys remain unidentified - by everyone except their parents. As the dinner reaches its culinary climax, the conversation finally touches on their children and, as civility and friendship disintegrate, each couple shows just how far they are prepared to go to protect those they love.

Watching the Wheels: My Autobiography by Damon Hill (chosen by Paul Hodkinson)

2016 marks the twentieth anniversary of Damon Hill's coronation as Formula One World Champion. For the first time ever he tells the story of his journey through the last golden era of the sport when he took on the greats including Ayrton Senna and Michael Schumacher and emerged victorious as World Champion in 1996, stepping out of the shadow of his legendary father Graham Hill. Away from the grid, Watching the Wheels: The Autobiography is an astonishingly candid account of what it was like to grow up as the son of one of the country's most famous racing drivers. It also tells the unflinching story of dealing with the grief and chaos that followed his father's tragically early death in an aircraft accident in 1975, when Damon was 15 years old. Formula One drivers have always been aware of their mortality, and the rush that comes with the danger of racing was as intoxicating for Hill as it had been for his father's generation, until he came face-to-face with catastrophe when his team-mate, Ayrton Senna, was killed in 1994. The swirling emotions that Hill was faced with in light of the death of Senna was a defining moment for his generation of drivers and for the first time ever Hill talks candidly about the impact that Senna had on his life, even as he watched his own son step into motor racing. Courageously honest, and hugely rewarding, Watching the Wheels is a return to the last golden era of F1 racing, whose image still burns ferociously for those who love the sport for what it reveals about human skill in the face or near certain death.

Close to Home by Cara Hunter (Chosen by Gill O'Hara)

HOW CAN A CHILD GO MISSING WITHOUT A TRACE?

Last night, eight-year-old Daisy Mason disappeared from a family party. No one in the quiet suburban street saw anything - or at least that's what they're saying.

DI Adam Fawley is trying to keep an open mind. But he knows the nine times out of ten, it's someone the victim knew.

That means someone is lying...
And that Daisy's time is running out.

Introducing DI Fawley and his team of Oxford detectives, and a Richard and Judy Book Club pick for Spring 2018, CLOSE TO HOME is the new crime thriller series to get addicted to.

Imagine a company so big and so powerful that its annual turnover is equal in size to China's entire GDP. A company whose gross turnover for just one financial year is sufficient to buy at current market value the world's three largest public companies: General Electric, Royal Dutch Shell and Microsoft. A company that if it dipped into its petty cash could in the same year also buy Coca-Cola. A company where ten days' turnover is in excess of the combined assets of the world's top fifty banks.

It exists. Its current annual turnover of more than $500 billion is derived from just three products: heroin, cocaine, marijuana. The drugs cartel of cartels is a factual reality, but sometimes it is only through fiction that one can get close to the real truth.

Drawing on years of experience as a bestselling investigative writer, David Yallop has produced an explosive fiction debut. Unholy Alliance is a breath-taking high-speed race that goes straight to the truth behind the modern American nightmare and into an alarming, but all too believable future.

The Eagle has Landed by Jack Higgins (Chosen by Paul Timewell)

THE EAGLE HAS LANDED is probably the greatest World War II story ever written. Operation Eagle was to be the most daring enemy mission of the entire war. Himmler planned to kidnap Churchill on British soil in November 1943. But in that remote corner of Norfolk, an elite unit is also put together to begin the countdown to the invasion. A brilliant adventure in which the reader' sympathies are enlisted as much for the German heroes as for the English defenders.

Wagon 1871 is on Sheaf St in the same building as Showroom Cinema, just a short walk across the road from the railway station.

Christmas events are filling fast
Our Christmas events are filling fast. Both our Leeds and Sheffield parties filled up in the last week but we have managed to make a few more places available on each. Our Carol Singing at Peak Cavern is also fully booked. We also need to confirm final numbers for Santa's Shuffle at The New Conservatory in Leeds in the coming days.
Continue Reading

Spice help Pudsey Bear!
Today is BBC Children in Need Day and we are supporting it this year by donating 10% of the amount paid by Spice Yorkshire members on new event bookings today* to this great cause. So if you’ve been intending to book that weekend break, quiz night, meal or abseil, why not do it today for Pudsey?
Continue Reading The Joy of Singing
Whether you're the lead singer in a top band, a street busker, the first to put down your name when the karaoke is about to start, or the type that normally only sings in the shower, a great many people find that singing is a great way to relieve stress and focus the mind.
Continue Reading
More news
Spice on YouTube