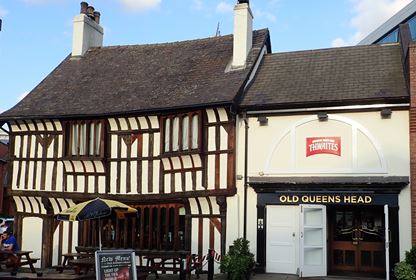 Book Club is on the first Thursday of the month, meeting at 5:30pm for tea and the book discussions start at 6:30pm. This is not a Spice exclusive event: there are usually around ten of us taking part, but new readers are most welcome!

Upcoming books are below. All prices are at Amazon for the Kindle version and correct at 2 December 2021.

21 Lessons for the 21st Century by Yuval Noah Harari

In twenty-one bite-sized lessons, Yuval Noah Harari explores what it means to be human in an age of bewilderment.

How can we protect ourselves from nuclear war, ecological cataclysms and technological disruptions? What can we do about the epidemic of fake news or the threat of terrorism? What should we teach our children?

Yuval Noah Harari takes us on a thrilling journey through today's most urgent issues. The golden thread running through his exhilarating new book is the challenge of maintaining our collective and individual focus in the face of constant and disorienting change.

Are we still capable of understanding the world we have created?

The Architect's Apprentice by Elif Shalak

Sixteenth century Istanbul: a stowaway arrives in the city bearing an extraordinary gift for the Sultan. The boy is utterly alone in a foreign land, with no worldly possessions to his name except Chota, a rare white elephant destined for the palace menagerie.

So begins an epic adventure that will see young Jahan rise from lowly origins to the highest ranks of the Sultan's court. Along the way he will meet deceitful courtiers and false friends, gypsies, animal tamers, and the beautiful, mischievous Princess Mihrimah. He will journey on Chota's back to the furthest corners of the Sultan's kingdom and back again. And one day he will catch the eye of the royal architect, Sinan, a chance encounter destined to change Jahan's fortunes forever.

Filled with all the colour of the Ottoman Empire, when Istanbul was the teeming centre of civilisation, The Architect's Apprentice is a magical, sweeping tale of one boy and his elephant caught up in a world of wonder and danger.

The Girl with the Louding Voice by Abi Dare

I don't just want to be having any kind voice . . .
I want a louding voice.

At fourteen, Adunni dreams of getting an education and giving her family a more comfortable home in her small Nigerian village. Instead, Adunni's father sells her off to become the third wife of an old man. When tragedy strikes in her new home, Adunni flees to the wealthy enclaves of Lagos, where she becomes a house-girl to the cruel Big Madam, and prey to Big Madam's husband. But despite her situation continuously going from bad to worse, Adunni refuses to let herself be silenced. And one day, someone hears her.

The Prime Ministers We Never Had: Success and Failure from Butler to Corbyn by Steve Richards

In this piercing and original study, journalist and commentator Steve Richards looks at eleven prime ministers we never had, examining what made each of these illustrious figures unique and why they failed to make the final leap to the very top. Combining astute insights into the demands of leadership with compelling historical analysis, this fascinating exploration of failure and success sheds new light on some of the most compelling characters in British public life.

The Plot Against America by Philip Roth

Though on the morning after the election disbelief prevailed, especially among the pollsters, by the next everybody seemed to understand everything…

When celebrity aviator, Charles A. Lindbergh, wins the 1940 presidential election on the slogan of America First, fear invades every Jewish household. Not only has Lindbergh blamed the Jews for pushing America towards war with Germany, he has negotiated an understanding with the Nazis promising peace between the two nations.

Growing up in the ‘ghetto’ of Newark, Philip Roth recounts his childhood caught in the stranglehold of this counterfactual nightmare. As America sinks into its own dark metamorphosis and Jewish families are torn apart, fear and uncertainty spread.

Who really is President Lindbergh?

And to what end has he hijacked America?

You can check out The Old Queens Head menu here.

We meet in the dining area, on your right as you enter from Pond Hill.

Old Queens Head is on Pond Hill located between Sheffield Bus Station and Ponds Forge Sports Centre. If driving leave the Park Square roundabout by the exit signed Ibis, Travel Lodge and Ponds Forge. Drive past the hotels and under the bridge. There are a few on street parking places available on Pond Hill right outside the pub, and more on Pond Street.

We meet in the room to the right of the main entrance from Pond Hill.

All at Sea
What an amazing time we had at the Spice National Weekend, particularly at the sea-themed fancy dress party. The photo shows the winners of the fancy dress competition: Angela, Helen, and the overall winner was Spice Yorkshire's very own Peter Knox, dressed as the Titanic, complete with the fateful iceberg! Peter also won the blackjack competition. Other Yorkshire winners included Yvonne, who won a fabulous flamingo at Bingo Bango, and Gill was on the winning team in the quiz! There are lots more photos of the weekend in this album. We're already working on a new National Weekend for next summer, so look out for that soon.
Continue Reading

Our Day Out in Ripley
The photo shows us at the Nidd Gorge Viaduct near Harrogate on Sunday. We timed it just right as the rain had passed before our walk. Afterwards we enjoyed Sunday lunch at the Boar's Head in Ripley.
Continue Reading Oh what a night
We had a great time on Saturday at the Summer Party with over 60 of us remembering the 70s and 80s at our big celebration. The photo shows many of us in fancy dress. From hippies to punks, it looks like all are having fun! There are lots more photos from the night (including the space hoppers) in the July photo album.
Continue Reading
More news
Spice on YouTube