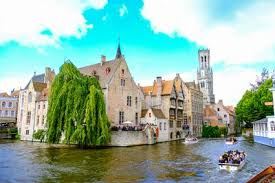 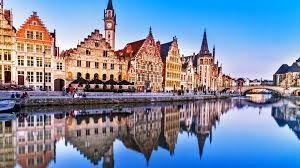 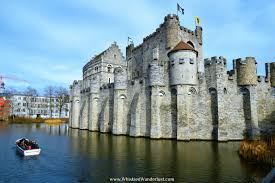 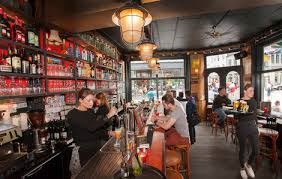 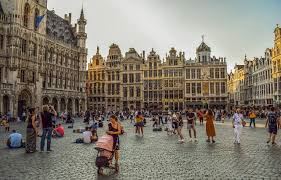 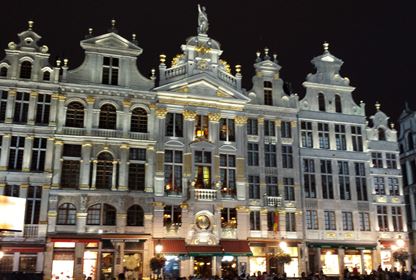 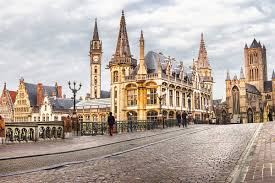 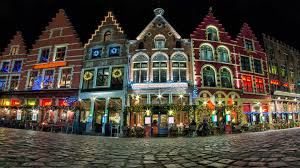 Update: Given the uncertainty with overseas travel this weekend may need to be postponed.

It’s recommended that you don’t book any travel arrangements until we know the weekend can go ahead. Unless you know that you can transfer it without penalty.

The three cities of Bruges, Brussels and Ghent are all must see destinations with historic, medieval buildings, pretty cobbled streets, lots of canals (there are more than 80 bridges in Bruges alone), chocolate, unique shops and more beers than you can possibly try, even over a long weekend.

We stay in a central hotel in Bruges a short walk from Bruges railway station, which makes it easier to travel to the other cities.

Over the next few months, we will be developing an itinerary for the weekend and as with all of Steve’s social weekends there will be a set of coordinated activities throughout the weekend; you can do all of them of just dip in and out as you please, although some will need to be booked in advance.

Travel: This package doesn’t include travel and you need to book your own travel independently* as this is more flexible. See the ‘Getting There’ section for more details.

Bruges is the capital of West Flanders in northwest Belgium, is distinguished by its canals, cobbled streets and medieval buildings. In the city centre’s Burg square, the 14th-century Stadhuis (City Hall) has an ornate carved ceiling. Nearby, Markt square features a 13th-century belfry with a 47-bell carillon and 83m tower with panoramic views. Tourist opportunities include a canal trip, the lace museum, De Halve Maan Brewery, Minnewater (Lake of Love) and Park, Belfort and several historic buildings

Brussels: The City of Brussels is the largest municipality and historical centre of the Brussels-Capital Region, and the capital of Belgium. Brussels is known for its cuisine and gastronomy as well as its historical and architectural landmarks; some of them are registered as UNESCO World Heritage sites. Main attractions include its historic Le Grand Place, Royal Gallery of Saint Hubert.

Ghent: is a port city in northwest Belgium, at the confluence of the Leie and Scheldt rivers. During the Middle Ages it was a prominent city-state. Today it’s a university town and cultural hub. Its pedestrianized centre is known for medieval architecture such as 12th-century Gravensteen castle and the Graslei, a row of guildhalls beside the Leie river harbour

Accommodation: We stay at Hotel Academie Bruges which has an average of 4.5 out of 5 stars on TripAdvisor. See the Your Accommodation section for more details.

The single supplement is higher than usual as they are doubles for sole occupancy.

The Evenings: Each evening we will arrange for somewhere to eat as a group. After dinner we will take in Belgium’s nightlife.

The package includes three night’s bed and breakfast and a host throughout the weekend.

Extras: Travel to, from and around Belgium, meals other than breakfast and any activities.

As this is an overseas trip the balance payment and cancellation period is longer than usual; balances are due 10 weeks in advance.

About the hotel: Hotel Academie is situated in a charming cobblestone street, near one of Bruges’ highlights, the Lake of Love. The Beguinage and local Brewery “Halve Maan” are less than 150 meters away. The railway station, Market Square and shopping area are on walking distance.

The hotel has a cosy bar with garden terrace, and a gym. You can also enjoy a relaxing massage. The buffet breakfast is served in their beautiful rustic breakfast room with authentic vaulted ceiling. This link will take you to their website.

Travel Insurance: Its important to book your own travel insurance, even more so with the uncertainty with European Health cover due to Brexit.

Travel: This package doesn’t include travel and you need to book your own travel independently* as this is more flexible. See the ‘Getting There’ section for more details.

* We are looking into the Eurostar option as this makes the journey part of the weekend, plus there isn’t a luggage limit as with flights. Times aren’t finalised yet, but we will advertise them when they are released. We will also look into a group discount to book with Spice.

You are free to make arrange your own travel arrangements if you prefer to fly or travel on a different train to the group. We strongly recommend that any travel is booked with a credit card as this has built in protection if anything happens to the airline or travel company.