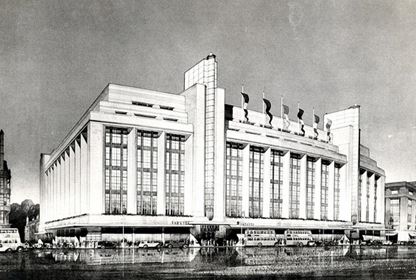 When The Swinging Sixties Moved West

Kensington today is best known as London's smartest and most sophisticated shopping area. But back in the day it was very much part of the swinging sixties and this walk, transports you back to those magical years when the world flocked to the clubs and boutiques of the area and the Royal borough of Kensington and Chelsea really lived up to its name. Your guide Barrie has many personal memories and stories to tell you about those years as well as the  interesting history that is all around you as you walk.

The first time The Jimi Hendrix Experience ever played on stage together was in Kensington.....but where?

The most famous boutique the world has ever known, began and ended its short life in Kensington.....but where?

John Lennon had a secret crush on a famous local resident and he visited her in Kensington.........but where? Many more interesting stories...

You will be meeting Barrie inside the cafe at the back of The Royal Albert Hall Kensington Gore from 1.00pm. If you are running late or if you have any questions, please contact your host, Barrie 07860 911393.

Address: Inside the cafe at the back of The Royal Albert Ha

You will be meeting Barrie inside the cafe at the back of The Royal Albert Hall Kensington Gore from 1.00pm.