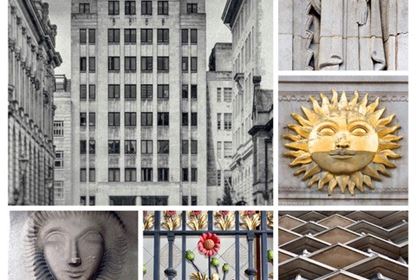 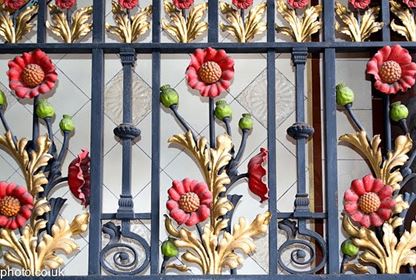 After great feedback from our first walking tour with Kevin, we've booked some more for you....

This time join Kevin on a walk around the hidden Art Deco buildings of Birmingham City Centre, and the work of Birmingham's foremost sculptor William Bloye.

Birmingham is a city of change and a city of hidden architectural gems. Look carefully and you can find fantastic Art Deco building everywhere.

William Bloye was Birmingham's unofficial civic sculptor. His work can be seen all over Birmingham adorning everything from hospitals to pubs, and even a supermarket! The tour is about 2 miles and takes approximately 2 hours.

The terrain is mainly flat but good mobility is required as we will be in an urban landscape. If you're interested in Birmingham, its history and architecture, this is for you.

The Exhibition Birmingham Art Deco & William Bloye will be at the Gunmakers Arms September 2018. For more information www.ktphoto.co.uk

Kevin Thomas is a photographer based in Kings Heath, Birmingham. his work has been published in The Independent on Sunday magazine, and has exhibited at both the Avoncroft museum and the Midland Arts Centre. His work is researched based celebrating the art and architecture of Birmingham The Letterboxes of the Jewellery Quarter exhibition was held at 1000 Trades as part of Birmingham Heritage week. The History from the 50 Exhibition was shown at the Kitchen Garden Cafe in 2017 Birmingham Art Deco, and William Bloye was exhibited as part of Birmingham heritage week at the Gunmakers Arms 2018.

I went on the Art Deco walk on Sunday and would like to say I was really impressed with the talk & walk it was really interesting and saw things around Birmingham that I did not realise was there.

This was an excellent tour. Really enjoyed it. Kevin was a very good guide. Really appreciated his use of a microphone system and liked his exhibits.Would definitely consider future similar events

I enjoyed the walk around the Jewellery Quarter. Kevin was very informative and had lots of old photos and items that had been made in the area. It is nice to learn more about local history and would definitely book another one.

Really enjoyed the walk on Sunday. Kevin was knowledgeable, interesting and entertaining too - he brought props for us to look at!!

Had a lovely morning, the event was well worth the money and I would happily do 'Kevin guided' walks again.

The tour was great, something different.Kevin was really nice, funny and friendly.It was really great to visit an area that you wouldn't normally explore and gins out some interesting facts about it.

I really enjoyed it Sue. Very informative as didn’t know much about the Jewellery Quarter.