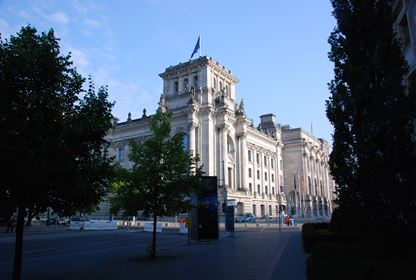 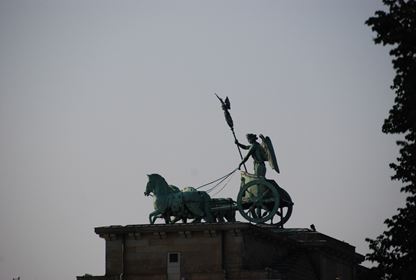 It’s almost 30 years since its post-Wall rebirth and Berlin is a scene-stealing combo of glamour and grit, teeming with top museums and galleries, grand opera and guerrilla clubs, gourmet temples and ethnic snack shacks. Whether your tastes run to posh or punk, you can sate them in Berlin.

When it comes to fashion, art, design and music, the German capital is the city to watch. A global influx of creatives has turned it into a cauldron of cultural cool reminiscent of New York in the ’80s.

All this trendiness is a triumph for a town that’s long been in the cross-hairs of history: Berlin staged a revolution, was headquartered by fascists, bombed to bits, ripped in half and finally reunited – and that was just in the 20th century! Famous landmarks such as the Reichstag, the Brandenburg Gate, Checkpoint Charlie and what’s left of the Berlin Wall are like a virtual 3-D textbook in a city where you’ll find history staring you in the face every time you turn a corner.

Perhaps it’s because of its heavy historical burden that Berlin is throwing itself into tomorrow with such contagious energy. At times the entire city seems to be bubbling over into one huge party. Cafes are jammed at all hours, drinking is a religious rite and clubs host their scenes of frenzy and hedonism until the small hours.

Yet despite its often hectic pace, Berlin functions on an exquisitely human scale. Traffic flows freely, public transportation is brilliant, you can walk without fear at night, clubs have no velvet ropes and your restaurant bill would only buy you a starter back home.

Friday - Depart from the UK on your flight to Berlin. Transfer to the hotel; your rooms will be ready for check-in by 3pm. The rest of the day is free for you to start your exploration.

Saturday - Breakfast at the hotel followed by a day of exploration. We will activate our Hop on, Hop off city tour tickets today and you are free to stay with your coordinator or make your own way around the city at your own speed stopping for as long as you like. We may also stop for a while at Monbijoupark, where on a Saturday afternoon Berliner’s get together to dance the Tango in the open. This is a wonderful and mesmerising sight which you are more than welcome to join in with should you have the urge, but it is also lovely to just sit back in the sun and watch with a drink and bite to eat! Your river cruise ticket is valid either Saturday or Sunday and your coordinator will advise when this will be used during your visit.

Sunday - Breakfast at the hotel. Free day to enjoy the city (your city tour bus tickets are still active today!) returning to one of your favourite places from the day before or even heading for somewhere new that was missed!

Monday - Check out after breakfast and free time before your transfer to the airport for your return flight.

The H+ Hotel Berlin Mitte (former Ramada Hotel Berlin Mitte) is located in the heart of the capital, and in close proximity to popular sights such as the Brandenburg Gate, the Reichstag and Museum Island. The most popular city hot spots are also within easy reach. Comfort rooms are fully equipped with air conditioning, writing desk, in room safe, flat screen TV, radio, WiFi internet access, USB socket and telephone. A modern, bright bathroom with glass-walled shower, make-up mirror and hairdryer.